Lessons to be learned 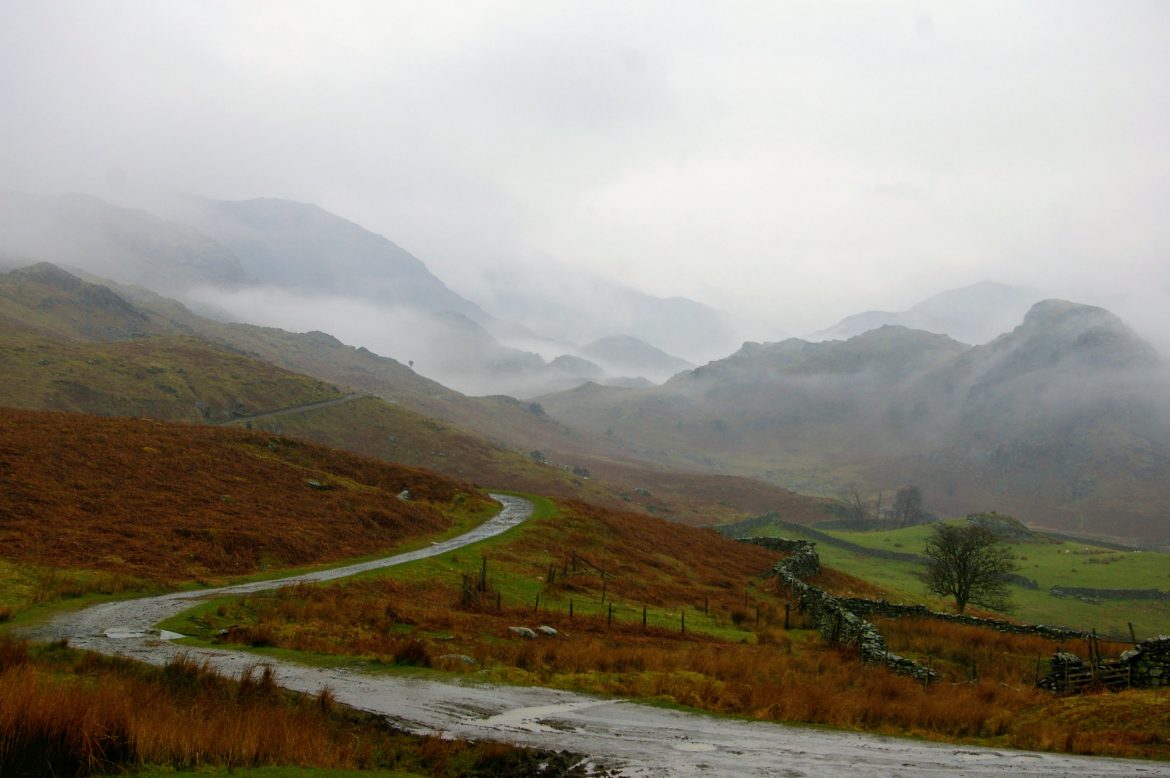 Lessons to be learned

After last week’s successful 8-hill adventure, we were excited to venture out again and do another big day in some big hills. As Coniston and its range of fells lie a bit further from our door, we are not particularly familiar with them and this why had chosen to head out that way on Friday morning. It took us just over an hour to reach there.

Our story of the day starts before that. Everyone know that no big day should go unplanned. This is why on Thursday night we headed to Fell Penrith to come up with a plan. This turned out to be our first lesson. Fell always has many exciting beers on their boards and we consider it our solemn duty in front of our guests to make sure that we’re well aware of what breweries around us have to offer. However, you would think that at the grand old age of 34 and 29 (and not 32 like Scott thinks!), we know better than to go about tasting beers the night before a big day in the hills. Turns out, we don’t. 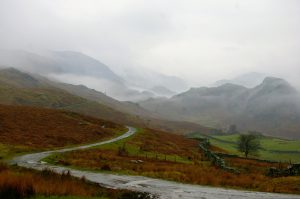 Despite the pessimistic outlook of the weather, at 9 am on Friday morning we (that is Scott and Eeva) optimistically started our day from the car park at the end of Walna Scar Road. About 10 minutes into our journey, we came to a T-junction and had to make the decision on which way to do the round we had in mind: whether to head straight up the Old Man and continue on from there or start with a longer ascent up to Wetherlam. We chose the latter option. As said before, at this point we were still optimistic and didn’t quite realise how the beers from the previous night might affect our abilities, so we thought that this way we have the option to extend our walk past the Old Man. Little did we know…

After the initial struggle of finding our path among the mining tracks, 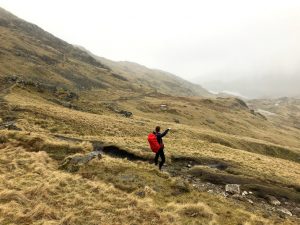 we started climbing towards Levers Water. For a few fleeting moments, the clouds moved to offer us views of our surroundings but then everything disappeared again into the great white. By the time we reached the col between Swirl How and Wetherlam, we both had to admit that we were really struggling. The foggy weather seemed to reflect exactly our heads felt. We made our way up to Wetherlam (763 m) and on our way back also navigated ourselves to the top of Black Sails (745 m) and Swirl Hawse. Scott’s abilities to read a map and compass and Eeva’s ability to read the the red arrow pointing at our location on the OS app on her phone became quite handy in the pea soup conditions. 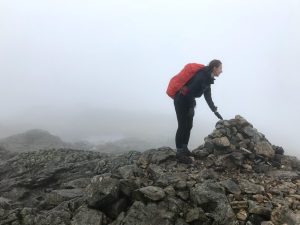 Despite our sorry states, we really enjoyed the hands on ascent to Swirl How (802 m). From there, we decided to not give in and so we went on to take Great Carrs and Grey Friar. We’d like to say that the views you can enjoy en route are absolutely amazing but actually we don’t have the faintest clue what the views are like. We barely saw the memorial for the crew of the 1944 plane crash just off the top of Great Carrs (785 m). From there we took the compass bearing to find our way to Grey Friar (770 m). Mac the dog kept disappearing into and appearing from the fog. It was quite eerie up there; no idea what might pop up in front of us. So far, we’d only met 2 other people on the fells. We quickly touched the cairn (because it doesn’t count unless you actually lay your hands on the pile of stones, true fact!) and turned back around to catch an awesome little path that lead us just past Swirl Band and to Levers Hawse. 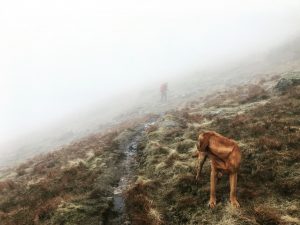 fog and we knew that the last and the highest hill (by 1 metre) of the day, The Old Man of Coniston (803 m) was not far away. Thank God! The thoughts of extending the route had been long abandoned by this point. We had a quick pizza break next to the summit cairn before heading down the main path off the Old Man. This is where we learned lesson number two: we should have done this whole walk the other way around. And not only because Eeva was hobbling down the steps with what looked like a wooden leg (lesson number three: don’t push for big mountain days with a bad knee if you want to have an option to 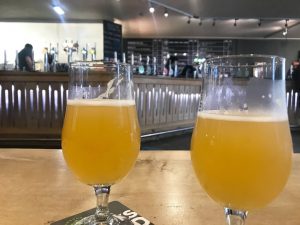 independently put on shoes the next day). Although steeper, it would have allowed us to gain height more quickly and it just makes sense to do the round that way.  However, when we reached the T-junction once again more than five hours later, we decided not to go for a round two and headed back down to the car park.

Although the tops didn’t clear during our walks, our heads definitely felt a bit better after the walk. However, as we were driving back, a “quick” stop at Hawkshead Brewery Beer Hall seemed like an excellent opportunity to address the hair of the dog and taste what’s new on their list. We had reached a full circle and had another fantastic day out in the Lake District under our belts!